The composer of "Silent Night!" was born November 25th 1787 in Hochburg (Upper Austria). From an early age on, he was educated in music, especially by the organist of the parish Burghausen. Eventhough he was supposed to carry on his fathers business as a weaver, his father allowed him to study to become a teacher. On year after his graduation (1806, Ried im Innkreis) he was employed as a teacher and organist of Arnsdorf.

From 1816 onwards, he also played the organ of the neighbouring town of Oberndorf, where he et Joseph Mohr and where he composed the world famous tune only two years later.

Gruber continues his musical career in Berndorf and Hallein, where he eventually dies at the age of 76.

Joseph Mohr, who wrote the lyrics of the carol, was born December 11th 1792 in the city of Salzburg, where he also spend his childhood and early youth. He joined the priest seminary and was ordained as priest in 1815. His profession brought him to numerous villages close to Salzburg.

His first stay was in Mariapfarr in the Lungau, where he most likely wrote the lyrics of the famous Christmas carol. Two years later, Mohr followed his call to Oberndorf, where he met Franz Xaver Gruber. In 1819 he again had to move on, this time to Kuchl, followed by stays in Golling, Vigaun, Adnet and Anthering. In 1827 he finally acquired his own parish in Hintersee.

Joseph Mohr died December 4th in Wagrain due to a lung disease. His grave and the schoolhouse he initiated there remind us today of his life. 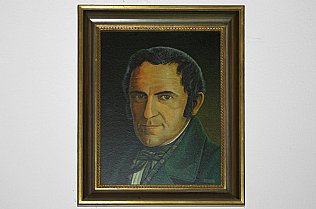